Episode 036 All the Chia Puddings! 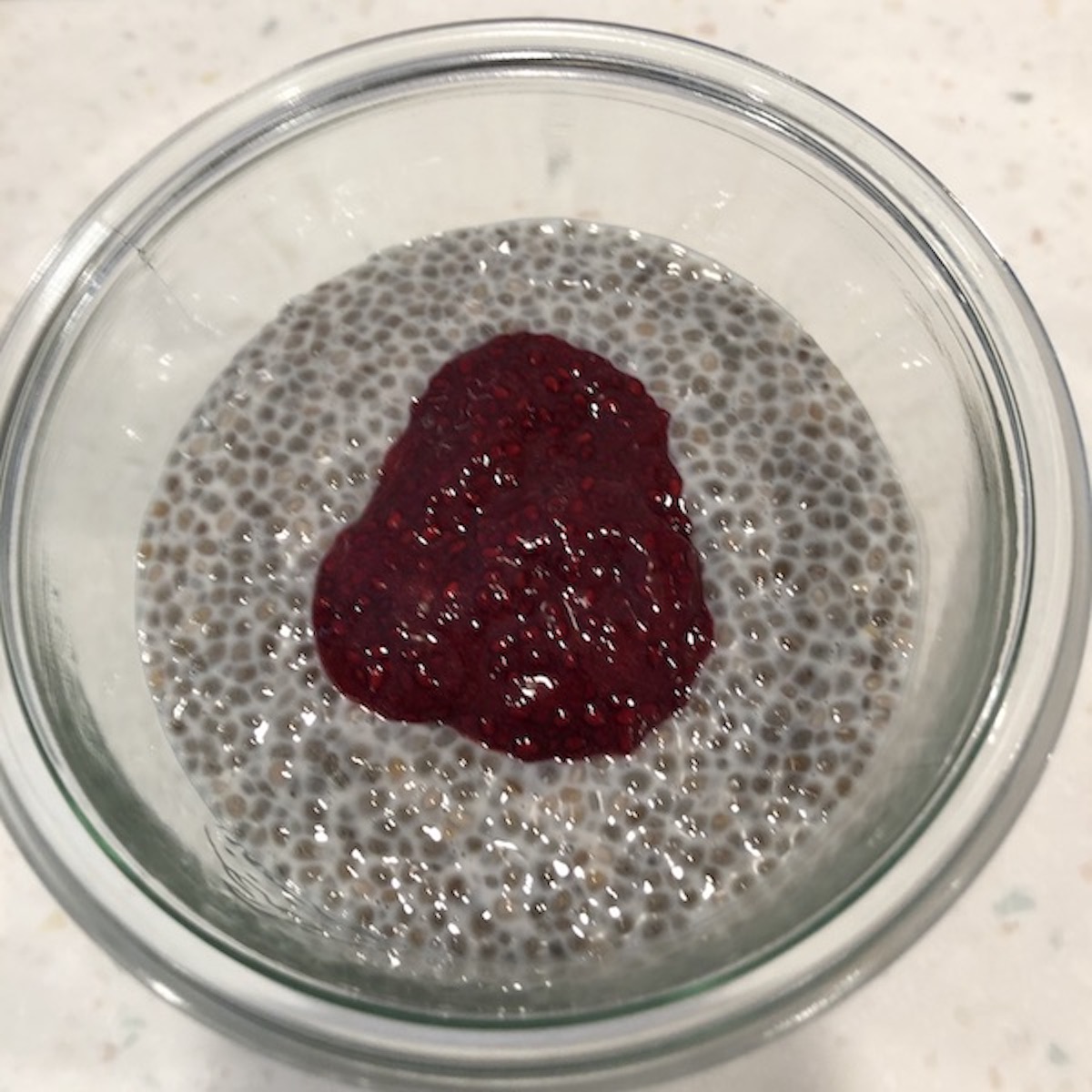 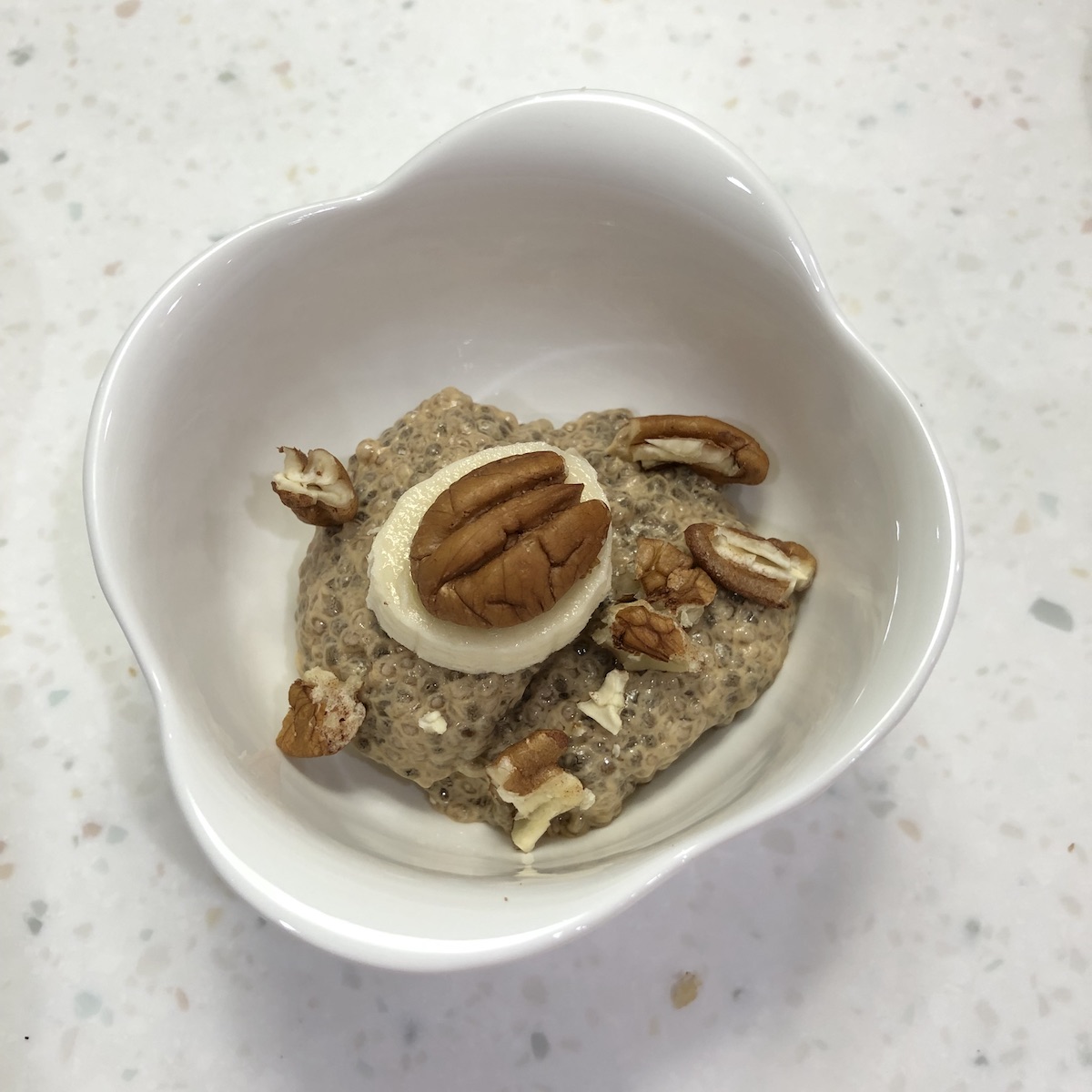 Why The Health Is This Good For Me?
FROM THE WEBMD ARCHIVES
By Keri Glassman, MS, RD, CDN
https://www.webmd.com/food-recipes/features/why-are-chia-seeds-good-for-me

Here is the transcript of the episode:

Welcome to the Sensitive Kitchen, where home cooks are inspired to Cook to Enable Those You Love to Flourish. I’m Cindy Sullivan, registered dietitian, passionate nutrition educator, and accomplished home cook. Whether you’re changing how you cook for food sensitivities, allergies, intolerances, or just trying to eat healthier on a budget, you’re in the right place.

Most episodes, I will share favorite recipes as well as modifications, tips, and nutrition benefits. Occasionally I’ll have a guest or special episode like modifying holiday favorites. My favorite foods, they’re raspberries and homemade chocolate chip cookies. My latest cooking project was long fermented sourdough bread.

Have you cooked with chia seeds yet? Chia seed pudding has become a favorite in our house. It’s quick and has only a few ingredients. If you’re making it for breakfast, it has made the night before a bonus for those of you not morning people, like me.

It also makes a great snack or dessert. Chia pudding is gluten-free, egg-free, soy-free, and nut-free, unless you’re using a nut containing milk or protein powder, and it can easily be made dairy free.

Before we talk about how to make it, let’s talk about why. Turns out chia seeds are incredibly nutritious. As much as we know that fish is good for us, many of us do not eat two fatty fish meals every week. Chia is an excellent source of omega-3 fatty acids. Unlike flax seeds, which need to be ground in order for the omega three fatty acids to be absorbed. When chia is soaked, the omega-3 fats are able to be absorbed right from the soak chia seeds.

Let’s talk a little bit about these omega-3 fatty acids. Chia seeds are the best plant sources of omega-3fatty acids. Your body has two essential fatty acids – linoleic and linolenic – essential in this case means your body cannot make them. They’re essential in your diet.

Chia contains the hardest one of these to obtain- linolenic acid and omega-3 fat. Your body can turn linolenic acid into the longer chain omega-3 fatty acids, DHA and EPA. Well, this is not an efficient process, which means only a small percentage of the ALA is turned into DHA or EPA. They do make some EPA and DHA as well as help with your omega-3 to omega six fatty acid ratio.

Okay. Enough with the alphabet soup. Let me summarize by saying, well, fish is still recommended as the best source of omega threes. Chia can certainly help.

In preparing for this podcast, I reviewed some of the research on omega-3 fatty acids. It’s impressive in animal and human studies, omega-3 fatty acids have shown a beneficial effect on cardiovascular health. They do things like lower blood cholesterol, regulate heart rhythms, regulate blood pressure, prevent blood clots and decrease inflammation.

In terms of cancer. There’s evidence that omega-3s may reduce the risk of colorectal cancer, prostate cancer and lung cancer. They don’t seem to have an effect on breast cancer or melanoma, but unfortunately supplements increase the risk of basal cell carcinoma. They improve the survival rates of patients diagnosed with colon cancer.

Several epidemiological studies have shown that lower intakes of omega-3 fatty acids are associated with an increased risk of cognitive decline or dementia, especially for Alzheimer’s patients. And there’s evidence that correcting omega-3 fatty acid deficiency, and many Americans are deficient, may help treat both depression and ADHD.

In summary, increasing your omega-3 fatty acid intake will improve your health. But interestingly enough, in the past 10 years, many studies have not shown the same benefit to taking an omega-3 supplement. In other words, eat foods that contain omega-3 fatty acids like fatty fish, walnuts, and chia seeds.

Another benefit of chia seeds is fiber. Over 80% of the carbohydrate in chia is fiber. It contains about five grams of fiber per tablespoon. Much of it is Cybil fighter fiber, which can help lower your blood cholesterol level, keep your blood sugar stable, and feed the good bacteria that live in your gut.

In terms of protein, chia provides a good source of complete protein. That means it contains all the amino acids your body needs, particularly the ones that cannot make in approximately the proportion your body needs.

Let’s talk about ingredients. For the standard recipe of chia seed pudding, use two cups of milk-whole, 2%, 1% or skim (we usually use 2%), a half a cup of chia seeds- and you can use white or black. They give you identical benefits and they taste the same. So use whatever your grocery store carries or whatever you prefer.

So two cups of milk, a half a cup of chia seeds, two tablespoons of sweetener. We use dark maple syrup because we love maple flavor, but honey or agave should both work just fine. Now you’re going to vary the amount of sweetener to your taste. I suggest you start with one tablespoon per cup of milk, but you can try without any at all, because you’re also probably going to put some toppings on top.

In addition, I add a teaspoon of vanilla to my chia seed pudding. It’s optional, but it makes it taste wonderful, but you can also sprinkle your individual servings with cinnamon, cardamom, pumpkin pie, spice, nutmeg, and the list goes on.

Now, this recipe uses regular milk, which is its only allergen. It contains 10 grams of protein for a quarter of the recipe. If you would prefer an alternative milk, like oat milk or almond milk, and both of which I’ve used, reduce the chia seeds to just six tablespoons from half a cup. I’m not exactly sure why, but chia seems to absorb more liquid in the alternative milks. So when you use a half a cup of chia per two cups of alternate milk, it’s very dense.

And if your chia pudding turns really dense and stiff, don’t worry. Just mix in some more milk before you eat it. And it will thin right out and be easy to eat. I’m guessing that the fat and protein in regular milk affect the density of the pudding and how much liquid the chia can absorb. That’s just an educated guess.

I have made chia pudding with, as I mentioned, both almond and oat milk. We liked both, but the almond was our favorite and my tasters’ favorite. If you use oat milk or almond milk, or basically any alternate milk, except for soy or pea protein milk, you will reduce the protein in this recipe. One cup of almond or oat milk has two grams of protein per cup instead of the eight grams of protein in cow’s milk.

Because we’re very careful of hydrolyzed protein in our house due to migraines, we don’t use protein powders, but I was so excited to find both a peanut and an almond protein powder that both contain one ingredient- almonds or peanuts. In order to increase the protein in almond or peanut flour, the oil is first pressed out of the peanuts or the almonds, and then the remaining solids are ground to a very fine powder.

The almonds or peanut powder will add five to five and a half grams of protein per serving. However, because the protein powder adds body to the milk, fewer chia seeds are required to make chia pudding. Thus, the omega-3s and the fiber will be lower in the resulting chia pudding. And the net protein added only adds up to three grams per serving because of the protein lost using fewer chia seeds.

So, if you prepare the recipe I gave you above- two cups of regular milk, a half a cup of chia, a little bit of sweetener or flavoring, there are about 10 grams of protein in that chia pudding per serving. If you use regular milk and add almond or peanut protein powder, one quarter of the recipe contains about 13 grams of protein.

So how do you make chia seed pudding? It’s easy. This recipe requires no cooking. You put everything in a bowl or a large measuring cup and stir. I like to use my tulip weck jars. Upon mixing with the milk, the fiber in the chia seeds swells to form a gel, a pudding light consistency.

The only trick is to stir it several times in the first 10 to 15 minutes so it doesn’t all clump up. And if it does clump up, just break it up with your spoon. Then, let it sit for several hours or overnight in your refrigerator.

If I’m using a protein powder, I use a whisk to stir the protein powder into the milk and then I add the chia, the maple syrup, the vanilla and stir.

We like to make it in the evening so it’s ready for breakfast in the morning and it keeps for about a week in your refrigerator. So taste- how does it taste? yummy if you like tapioca pudding. Chia seeds have texture similar to tapioca, but they’re smaller and there’s more of them.

Chia seed pudding is a great template for all kinds of nutritious, delicious toppings- hazelnuts and mangoes or berries are my favorite. But bananas, peaches, pecans, walnuts are all yummy. Plus you can sprinkle with spices like cinnamon or cardamom, pumpkin pie, spice, nutmeg. Your sweetener can also add flavor. We like the taste of dark maple syrup, but honey or light molasses would also be great.

The texture of chia pudding with the added protein powder is different than regular chia pudding. It has more body and it’s dryer. My husband says it’s chalky, but one of my tasters said that the almond powder with almond milk was his favorite of every one that he tried.

I have to thank my fellow dietician, Jeannie Petrucci, for the inspiration for this recipe. Jeannie as a chef, as well as a dietician and runs the Living Plate. During the pandemic, she did many online cooking demonstrations and she inspired me to try chia seed budding. My family was hooked. It is so easy, quick, delicious, healthy, and make ahead. Not many recipes have all that going for them.

I just sent some chia seeds and a care package to my college son this morning. It’s perfect for college students on the go, which means it can make your mornings easier too. Just chop some nuts or maybe your fruit, depending what you’re using while you’re stirring the pudding. And you’re set for a make ahead breakfast that will carry you through until lunch.

Thank you so much for listening today. Do me a favor if you haven’t yet, hit subscribe so that you don’t miss an episode of the podcast.

Tell a friend. The more the merrier, I love to have some more people listen. And shoot me an email at Cindy at foodsensitivitykitchen.com and let me know which one of these chia puddings your family liked the best or which one you tried or how you modified it.

Remember, you will find the recipe for this as well as all the other podcast recipes at my website, foodsensitivitykitchen.com/episode036. Keep Cooking to Enable Those You Love to Flourish. Thank you so much for joining me today. Have a great day. Bye-bye.